PORTLAND, Ore. – Portland’s affordable housing and homelessness crisis was decades in the making, and government or market forces alone cannot solve this massive problem. That’s one of the conclusions of a recent report, An Analysis of Homelessness & Affordable Housing in Multnomah County, 2018, by the Portland State University’s School of Business MBA capstone team. It produced the report at the request of the nonprofit, Oregon Harbor of Hope.

“We wanted a fresh look at the homeless problem, and the capstone team report offers some real insight,” said Don Mazziotti, executive director of Oregon Harbor of Hope. “We realize that the problem is bigger than we thought. We don’t have a handle on the true number of homeless, or just how much this is costing the city and its taxpayers.”

The housing emergency in Portland is not new. In fact, the city council declared a housing emergency in the fall of 2015. The capstone team research clearly shows that the lack of affordable housing has a disproportionate impact on seniors, people of color, and residents with disabilities. In addition, economic trends show thousands of low wage jobs could potentially be lost to automation in the coming years.

According to the report, “bold action is required if we are to have a meaningful impact.” That means collaboration between government, developers, concerned citizens, non-profit service providers, and faith leaders will be required to deliver innovative and effective solutions. Among the recommendations is a shift toward more home sharing. A recent survey by Trulia counted more than 42,000 unused bedrooms in the Portland Metro area. These rooms could enable homeowners to ‘age in place’ by renting rooms to those in need.

“Oregon Harbor of Hope is actively working on solutions to the crisis, educating the public about the role they need to take, and thanks the PSU capstone team for its work to help us better understand the problem” said Mazziotti. 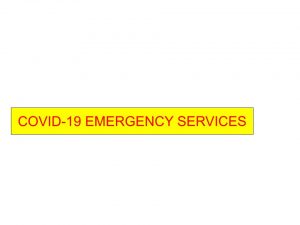